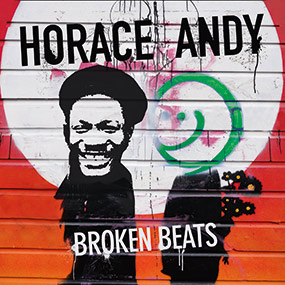 Horace Andy’s voice is an instrument that once heard is never forgotten, regardless of whether you first hear it on one of the numerous Jamaican reggae singles that he recorded during the 70s or – like most people – on one of the Massive Attack albums he collaborated on as a vocalist. His falsetto and his characteristic slow-motion vibrato breathed life into tracks like “Spying Glass”, “Cuss Cuss”, “In The Light”, “Skylarking” or “(You are My) Angel”, ensuring that they still continue to resonate deeply with listeners. His vocal style influenced countless root singers and the combination of his timbre with Massive Attack’s spartan hip hop beats still inspires legions of fans and copyists all over the world.

Horace Andy is also a true personality, a man you never forget: a warm, friendly man who combines consciousness with an open mind, and who almost always seems to be smiling. It isn’t hard to believe that his ability to doze off at any time and in any place garnered him the nickname “Sleepy” over 40 years ago. But once the man is up on a stage he commands his musicians with an authority and dynamism that makes him stick out among all the hungry, up-and-coming young singers. He is one of the most influential, widely-travelled and famous singers of his generation and his career has proved to be blessed with an exceptional longevity, despite the occasional ups and downs.