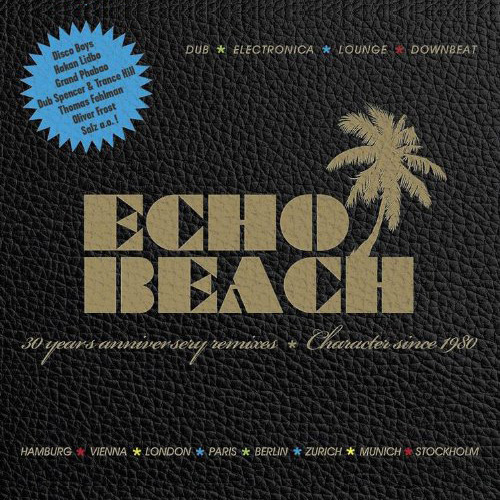 The legendary wave tune Echo Beach by the Canadian combo Martha & The Muffins is back on earth.

Germany’s finest (as far as progressive sounds and flows are concerned) dub label, named Echo Beach and inspired by the lyrics and spirit of that track, has set out to pay tribute to this song which is more than a classic. The first mix/remix of Echo Beach, done by Reverend E.C.H.O. and released on the Echo Beach sampler ‘Various Artists: Far Away In Time’ has already enjoyed a strong reputation world wide. Marki Gane, the original composer of Echo Beach and still a member of M & M (aka Martha & Muffins) – and by the way, also married to Martha Johnson (lead singer of the band M&M) – enthused: `It sounds as if the orignal ECHO BEACH was shot into outer space, hit a planet and floated back to earth in pieces…!!!

NOW – 30 years later – after Echo Beach was written – the Echo Beach label proudly presents the 30th Anniversary Remixes and the full and essentiel: … it is one of those tunes that on first hearing you like, but can`t exactly place why, and by 30 seconds into the spin you´re close to falling in love. You just have to go with it and this seductively simple number is just that. Don´t try to understand it just accept this as love at first sight.