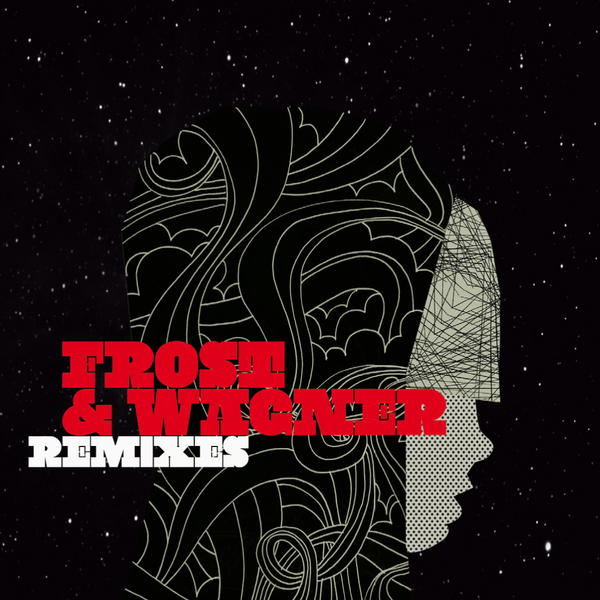 2. So Good Today
3. The Sweetest Delusion Featuring Desney Bailey
4. Everything

When it comes to releasing the freshest sounds in Soul, Dub and Reggae, Sonar Kollektiv can trust the flair of DANIEL W. BEST, long-time partner of JAZZANOVA. Besides being the co-organizer of the legendary „Innercity“ parties in Berlin’s Weekend, which draws crowds from all over Europe, DANIEL BEST established the fine little label Best Seven in 1999 that concerns itself with the interface between Soul and Reggae. He already displayed his great A&R skills over the years by releasing the works of many talented artists such as FAT FREDDYS DROP EVA BE, CHAKA DOMU, KABUKI, PAUL ST. HILAIRE, JOE DUKIE or THE BLACK SEEDS. Moreover BEST heightened the label’s profile with the 2 critically acclaimed Best seven selections compilations (SBCD0005 and SBCD0006) featuring the crème de la crème of contemporary Soul, Dub and Reggae.

OLIVER FROST and ADRIAN WAGNER aka FROST & WAGNER are a long time cohort of DANIEL BEST and his imprint Best Seven. They are part of the striving Berlin Reggae scene since the late 80s.
The love story between ADRIAN WAGNER and Reggae started at the early age of 13, when he watched a concert of Reggae legend BOB MARLEY on TV. It was his first big music experience. He still has vivid memories of it and never stopped loving Reggae ever since! On his side OLIVER FROST discovered Reggae through his love for Ska. Since both music styles share the same roots and have many features in common, WAGNER finally got hooked on the purity of the Reggae sound. FROST and WAGNER got to know each other in the Berlin Reggae band GROWING TREE in the late eighties. FROST played the keyboard and WAGNER was drummer. In these early years they refined their skills and learned how to incorporate and merge other influences and genres such as Soul, Jazz, Dub and Hip hop into their flexible sound. They really started to produce music as a duo in 2002 and thanks to FROST’s brother BARNEY MILLAH, who is one of Berlin’s most famous Reggae DJs, they met up with DANIEL BEST, who promptly enrolled them in his Best Seven staple.

Besides their own music productions, notably their wonderful Big Disgrace EP (SB7015/dem roots), a deep slice of Berlin style Dancehall that came out on Best Seven in 2006 and turned many Dub and Reggae heads around, FROST & WAGNER made a name for themselves as talented remixers.
Indeed whereas many artists and DJs consider remixing as a very purposive form of music producing that aims at making people dance and sweat on the floors, FROST & WAGNER see remixing as a form of art in its own right. They really enjoy using the input of other artists as a basis for a new song. From there they innovate, express their own creativity and give a different perspective to the original tune. Most of the time FROST plays the guitar and keyboard parts, while WAGNER takes good care of the drum and the percussion sections. Sometimes it’s the other way round. Sometimes they use computers to create their sounds and sometimes they record guitars, horns, drums and percussions themselves. For FROST & WAGNER there’s no rule to follow to make a good remix. Freedom of creation is the only thing that really matters.
Their very personal touch is widely appreciated amongst fans of reggae and dub community and even crossed over the roots community, as they also worked with renowned artists such as Downbeat heroes TOSCA aka RICHARD DORFMEISTER and RUPERT HUBER of G-stone Recordings fame, GALLIANO and TWO BANKS OF FOUR mastermind EARL ZINGER and Soul Queen JOY DENALANE and rising star BEN WESTBEECH amongst many others and with labels such as G-Stone Recordings, Buback, Sonar Kollektiv, INFRACom! and Brownswood Recordings to name but a few.

Being probably one of FROST & WAGNER’s biggest fan, DANIEL BEST couldn’t let all those Dub-Reggae gems sleep on vinyl anymore and decided to re-release all of them on a very special compilation retracing their music career of the duo from 2002 up to now.

The Remixes (SBCD0009/dem roots) starts off with FROST & WAGNER’s remix of Torch Of Freedom. Originally written by CLEVELAND WATKISS, this song has been rearranged by MATTHIAS VOGT’s jazz band project RE:JAZZ in 2002. FROST & WAGNER transformed it one year after into a wonderful slice of Jazz-roots Reggae that features the lovely voice of Soul diva JOY DENALANE, who used to sing in the band CULTURE ROOTS in the mid-90s with OLIVER FROST. This great number is followed by She Walks Alone of Best Seven Dub and Reggae mistress EVA BE. Their soulful remix treatment highlights the sweet vocals sung by PEGAH FERYDONI and gives a new intensity to the original tune that appears on EVA BE’s debut album Moving Without Travelling (SBCD0007/SB7020/dem roots).
Their remix of TAXI’s A Certain Something highlights once again the charming voice of singer JO LAUNDY with laid-back drum parts and beautiful strings arrangements. FROST & WAGNER certainly have a thing for female vocals but male voices are equally inspiring for them and they prove it an impressive remix of TOSCA’s Superrob that features the soulful organ of EARL ZINGER and with remixes of BEN WESTBEECH’s So Good Today originally released on GILLES PETERSON’s Brownswood Recordings, of KABUKI and CLEVELAND WATKISS’ Speed Of Sound and of JAN DELAY’s Klar, all present on the compilation. From DEYAMPERT’s The Sweetest Delusion to ONEJIRU’s We Carry On over to MATTHIAS VOGT TRIO’s The Look Into Your Eyes, all the remixes of FROST & WAGNER have these compelling Dub-Reggae grooves that make you feel good after a few seconds and make you dance after a few others. The crowning glory for Berlin’s Reggae duo comes with their remix of Everything of Sonar Kollektiv’s own CLARA HILL. They give a new depth to CLARA’s voice and build a soothing atmosphere around it with beautiful layers of strings and with an extra groove that feels like the sun shining lightly over your head. In eleven tracks FROST & WAGNER will show you that remixering can be wonderful artform and with Remixes (SBCD0009) Best Seven serves you once again eleven fragments of heaven.